NCTU visit to IDEA in Cambodia comes to an end – videos coming soon! 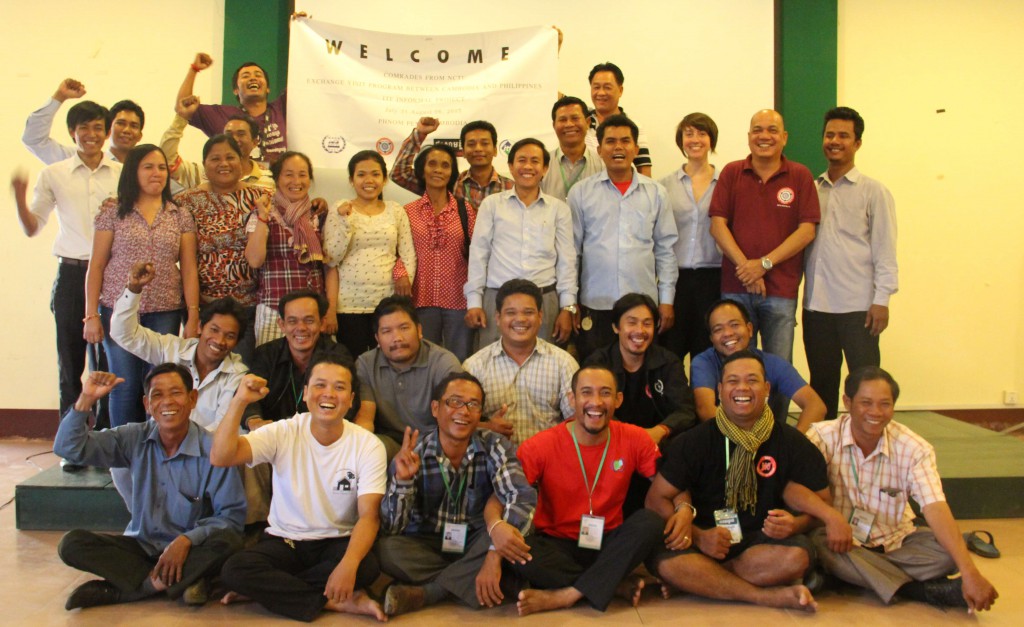 Yesterday (Thursday 6th August), the 5-day exchange visit of the National Confederation of Transport Unions (Philippines) to the Independent Democracy of Informal Economy Associations (IDEA) in Cambodia came to an end.

The visit brought five members of NCTU to Phnom Penh to meet with activists from IDEA, a union whose members are mostly tuk-tuk drivers, but also include market vendors and domestic workers. The exchange visit included various meetings between the NCTU activists and leaders of IDEA (as well as other Cambodian unions), a two-day organising and negotiation workshop and trips to meet IDEA members on the streets of Phnom Penh.

The trip, which took place as part of the ITF Informal Workers’ Project mentoring programme – headed by the NCTU in Southeast Asia – was a big success, with members from both unions commenting on how much they had learned from one another.

Lots of video interviews with the NCTU and IDEA activists were filmed during the visit, and will be posted on this blog as soon as they’ve been edited. A report on the visit will also be made available.