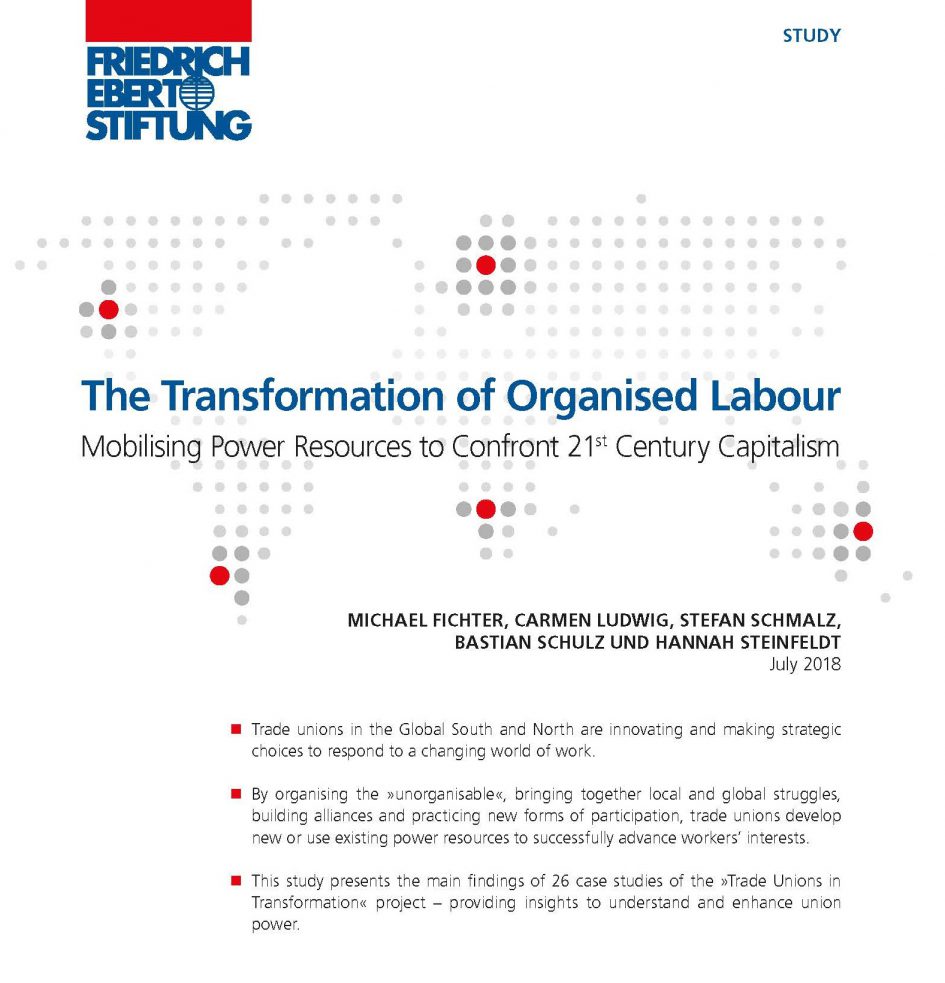 The ATGWU’s organising of informal transprot workers is highlighted in the new FES study on The Transformation of Organised Labour: Mobilising Power Resources to Confront 21st Century Capitalism.

In part two on informal workers, the study shows how ‘traditional’ unions have made strategic choices to respond to new challenges and changes contexts and organise precarious and informal economy workers. As we know, informal workers are not unorganised, but the forms of organisation differ from what is often called traditional unionism and there are new forms of collective solidarity. These unions have overcome the divide between formal and informal economy by organising precarious workers, and also enhancing their own legitimacy.

Click here to read the full study and for more information on the FES project Trade Unions in Transformation.