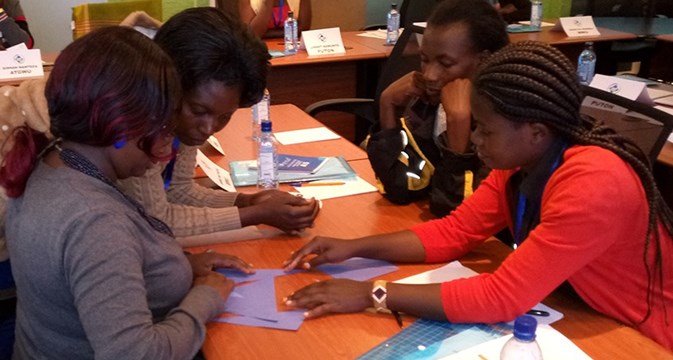 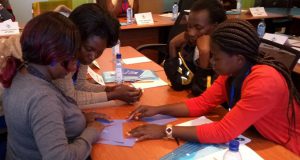 The ITF women’s leadership training workshop, from 4-6 October, brought together 15 women from two ITF unions – PUTON (Public Transport Operators Union) and MWU (Matatu Workers’ Union). Also participating were a representative from the ATGWU in Uganda – which is a mentor union in the ITF’s Our Public Transport Nairobi project – and from the FLONE initiative, an NGO that supports women in public transport.

Claire Clarke, ITF women transport workers and gender equality assistant, said: “It’s vital that women help to shape their public transport services, and building gender-based and other alliances is a key component to achieving this. The women at the workshop were looking forward to taking what they’d learned back to their unions and putting some of their new skills and learning into practice.”

The participants also developed an action plan relating to gender aspects for inclusion in the ITF’s work on Nairobi’s BRT system.

The workshop was held as part of the ITF’s priority Our Public Transport programme, which actively campaigns for public transport based on public ownership, public investment, secure jobs and union rights for workers in public and private employers. Read more.

Read the new ITF booklet on organising informal workers. It is also available in French and Spanish.

Read more about the ITF’s work on violence against women at the campaign page and the blog. Engage with the debate on social media using #VAW.