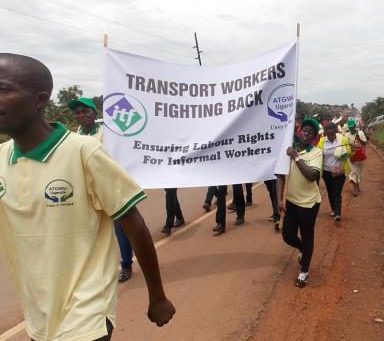 Road and rail unions worldwide were out in force during this year’s ITF Action Week, held from 3 – 9th October.

The need for labour rights for informal workers was the focus on 5th October, and unions, including many associated with the ITF Informal Transport Worker Project, undertook activities to highlight the concerns of informal workers in their respective countries.

In Nepal, NETWON focused on E-rickshaw drivers; women activists from SNTT in Colombia were out leafleting; the ATGWU in Uganda organised a march along the Kampala-Entebbe highway; and the ITF promoted its Informal Transport Workers’ Charter.