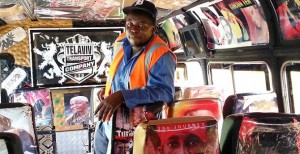 The GLI Report from the “Negotiations & strategy training for leaders/organisers of informal transport workers” workshop held in Nairobi in February is now available to download here:

The Nairobi workshop was organised to provide collective bargaining training to leaders and organisers of informal transport workers in Kenya and Tanzania. The workshop focused on the Kenyan matatu (minibus) industry, as the practical example of bargaining issues and processes, and was organised by AT&GWU Uganda, the mentor union for East (Anglophone) Africa in the ITF Informal Transport Workers’ Project, assisted by the ITF Africa Regional Office.

Important outcomes of the workshop included leaders agreeing to step up their cooperation to ensure that informal transport workers were represented in the planning and delivery of the Bus Rapid Transit (BRT) systems in the East African region, to avoid consequences such as those that have been witnessed in Nairobi and globally with Uber, where workers have been injured, with some losing their lives.

Leaders further agreed to take common action to eradicate violence against women in the matatu industry – affecting women drivers, conductors and other workers, as well as women passengers, which again is worsened by the lack of decent work.